In 1982, it started with a simple idea. To craft an acoustic piano with a record and playback system unlike any other. More than 30 years of continuous innovation has created an acoustic piano that can faithfully reproduce every nuance of a performance and stream it, wirelessly, anywhere in the world. Including your living room. It’s no wonder the Yamaha Disklavier has become the reproducing piano everyone is trying to reproduce.

Yamaha’s DGB1KENST Disklavier Enspire is the latest generation of the company’s Disklavier pianos — which makes it the most advanced player piano ever. Enhanced with Yamaha’s AccuPlay DSP system, the Disklavier Enspire gives you and your family a rich, immersive playing, listening, and learning experience with stunningly accurate playback. The Enspire features full recording and playback functionality with over 500 built-in songs, Yamaha’s Silent Piano technology, and more. Yamaha Piano Radio and DisklavierTV provide instant access to streaming piano music and live or on-demand video concert performances. You can also control the Enspire wirelessly via Apple iOS and Android devices, as well as your Mac or PC. The Disklavier Enspire may be the ultimate player piano, but underneath all the technology, it’s also a world-class, exquisitely playable Yamaha GB1K baby-grand piano.

The advanced AccuPlay DSP system onboard the Yamaha Disklavier Enspire makes it one of the most versatile pianos in its class. Your Disklavier Enspire can reproduce any performance, note for note, with the exact same touch and pressure used to record it. From the press of each key to the strike of each hammer, down to the physical depression of each pedal, the AccuPlay system provides you with absolute realism. Stream entire performances via Yamaha’s Piano Radio or DisklavierTV, record your performances, and play along to music playing over the built-in speakers. It’s all possible, thanks to your Disklavier’s AccuPlay DSP system.

Beneath the impressive Disklavier Enspire technology, the Yamaha Disklavier Enspire is truly one of Yamaha’s finest acoustic baby-grand pianos. From the moment you touch the keys, you’ll feel the quality under your fingertips. Every Yamaha piano uses spruce keys, chosen for its light weight and excellent strength-to-weight ratio. For an inviting natural feel, the white keys are surfaced with acrylic resin; the black keys, phenolic resin. Sweetwater pianists know that when you play a Yamaha, every nuance and detail of your playing is captured, every key responds effortlessly, every repetition is precise and natural — the way it should be.

The heart and soul of every Yamaha Disklavier Enspire is a soundboard made from only the finest quartersawn solid spruce. Put simply, 90% of the choice spruce that most instrument makers would consider themselves lucky to come by, isn’t good enough to meet Yamaha’s standards. When you hear the Disklavier Enspire in action, you’ll know why it’s the most sought-after piano sound on earth. Prepare to be absolutely captivated by the rich detail that rings through each and every note you play on the Disklavier Enspire.

More than a mere sum of its parts, the Yamaha Disklavier Enspire features precision craftsmanship that extends to every detail and creates an overall sound like no other. For example, the crown of the Disklavier Enspire’s soundboard is reinforced with full-length ribs, which continue to the edge of the soundboard and the notched liner of the frame. This allows for near perfect transfer of vibration of the Disklavier Enspire’s soundboard to the projection of its body, producing a full and harmonically complex sound like no other kind of grand piano. It’s the sound that the world’s greatest pianists search for, and you’ll only find in a quality Yamaha grand piano. 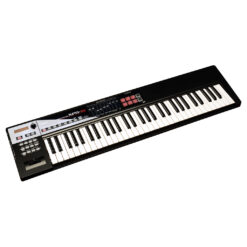 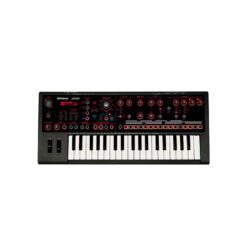