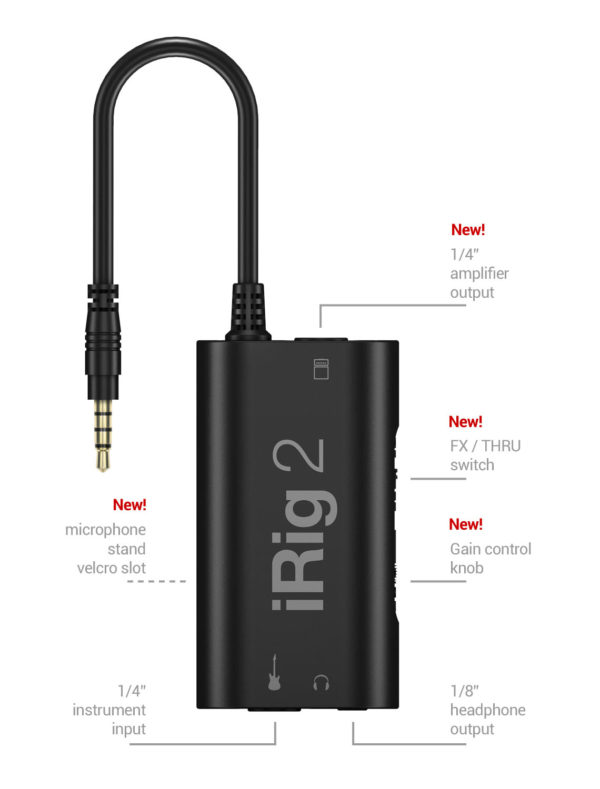 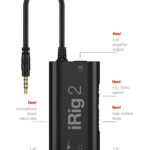 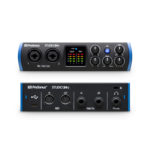 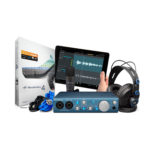 Presonus Audiobox iTwo studio
0 out of 5
( There are no reviews yet. )

The most popular guitar interface of all time just got better

How do you improve upon something so revolutionary that it changed the world? iRig 2 is the answer.

In 2010, for the first time ever, the original iRig allowed guitar and bass players to plug into their iPhone and use their mobile device to play, practice and record with apps like IK’s AmpliTube, Apple’s GarageBand and thousands more.

iRig 2 builds upon the success of its predecessor by introducing essential new features — like adjustable input gain, cross-platform compatibility and a 1/4″ amplifier output — that will once again revolutionize the way you make your music while on the go.

Now everyone can plug in their guitar, bass or other instrument and enjoy killer tone on their iPhone, iPad, iPod touch or Mac — with the release of iRig 2, the world’s most popular guitar interface is now better than ever before.

Plug and play simplicity on every device

If you loved iRig’s versatility, you’ll love iRig 2’s new adjustable gain dial, which works with its built-in 1/8″ TRRS output connector to give you a true plug-and-play experience with your iPhone, iPad, iPod touch or Mac.

Volume levels vary from instrument to instrument and from device to device. And while the original iRig provided superior sound, it was limited in that you were unable to customize the input gain level to your particular setup. With iRig 2, you get an input gain dial that gives you the power to ensure high-quality sound in every situation. This means that you’ll be able to perform at your best no matter whether you’re connecting a wailing 3 humbucker electric guitar or a jazzy archtop to your iPhone.

Likewise, its 1/4” instrument input works with your guitar, bass or any line-level instrument. Just plug into it like you would into a stompbox or amplifier. It’s as simple as that. 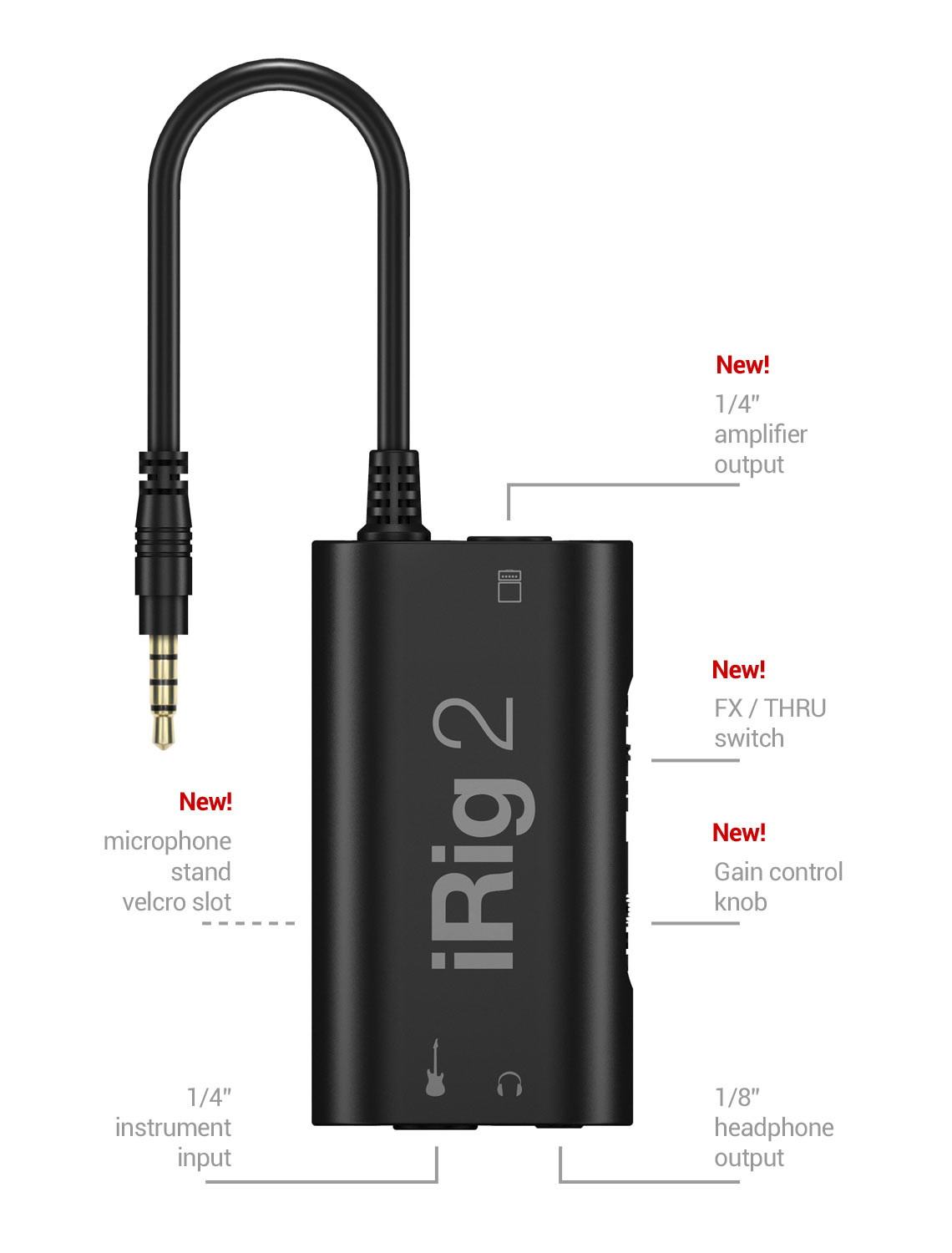 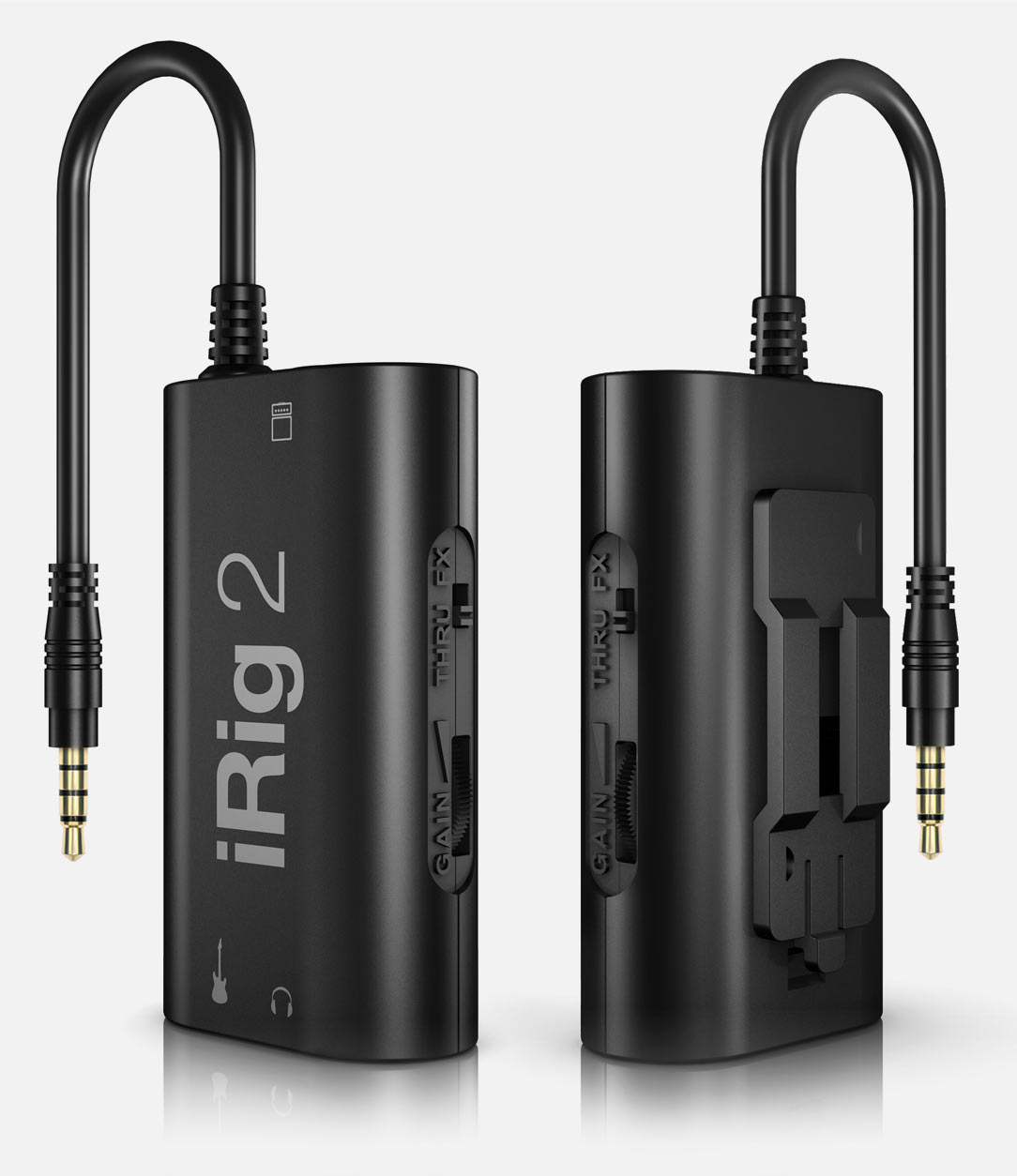 A Swiss Army knife for sound

Want to take it to the stage? iRig 2’s new 1/4” output jack lets you use iRig 2 with an amplifier as a part of your live rig without the use of an adaptor.

This opens up a whole world of opportunities when paired with AmpliTube for iOS, IK’s powerful guitar and bass multi-effects processor. It provides you with a vast library of meticulously modeled virtual stompbox effects, amplifiers and other gear that you can use as a part of your physical rig when you’re jamming with friends, at a practice session, in the recording studio or performing live. Or, if you want to be discreet, plug your headphones into the included 1/8” headphone output.

Even better is that iRig 2 features a switch that lets you select between a processed signal and a clean “thru” input signal. This means you can also use your mobile device as a tuner, recorder or other tool while preserving the purity of a 100% analog signal path.

iRig 2 is there to help you make your practice and performance sessions as easy as possible. It comes with a microphone stand mount and Velcro strip that allow you to easy attach it for performance alongside other convenient tools like IK’s iKlip range of mic supports for all sizes of smartphones and tablets. 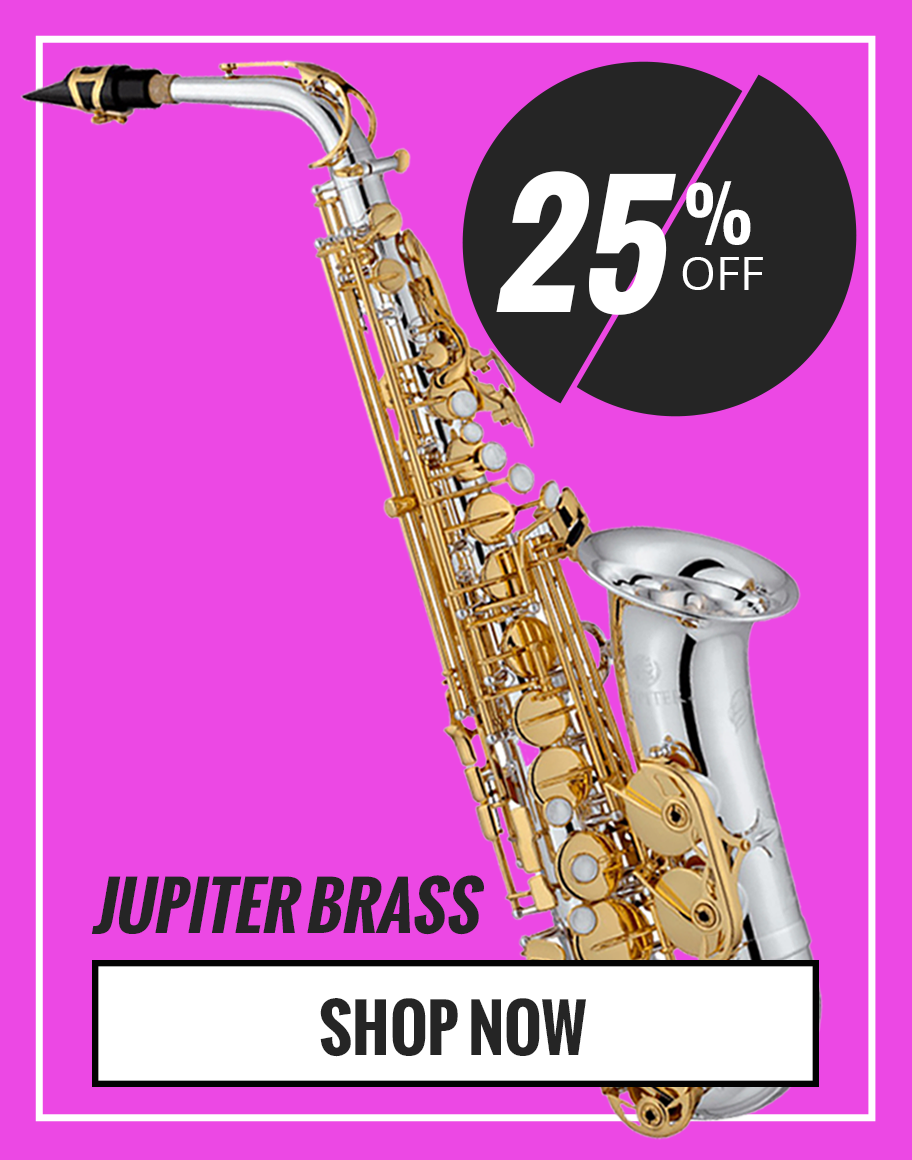 You've just added this product to the cart:
WhatsApp