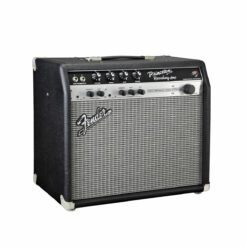 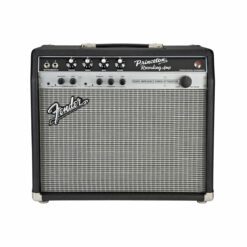 A historically significant amp used on countless hit songs for decades. Today, the ’65 Fender Princeton Recording Amp is as phenomenal looking, sounding and performing as ever, and is easily versatile enough to go from the living room to the recording studio to the gig with the great sound, style, reliability and authentic vintage vibe that Fender players know and love.

One of the coolest amps around, period, it’s ideal for anyone who demands top-notch tube tone, naturally dynamic clean and overdriven sound, and unmistakable long-spring Fender reverb and tube vibrato.

History of The Princeton Amp

All Fender amps trace their lineage to three “woodie” models of 1946—the original Princeton, Deluxe (also called “Model 26”) and Professional. The amps appeared in spring of that year, almost immediately after Fender was formed on the dissolution of its short-lived predecessor, the K&F Manufacturing Corp. They were the immediate successors of the small, nameless K&F amps of 1945, and were designed for use with Fender’s early steel guitars. A notable step up in design and construction, they were built with hardwood cabinets that eventually provided their nickname (Fender didn’t call them “woodies” at the time; that name came later, from collectors).

Billed as a student model, the Princeton was the smallest and simplest of the three. Six watts. Three tubes. Two inputs on the back. A single Jensen 8” field-coil speaker (permanent-magnet speakers appeared in 1947). No controls, since the Princeton steel guitar already had a volume control. No on/off switch, either—when plugged in it was on, and when not plugged in it was off. Very sparse circuitry that varied as Fender continually experimented with it.

That was the original Princeton—about as bare-bones as it gets. Its long evolution started almost immediately, and its next significantly different iteration appeared in 1948, when it was redesigned as a tweed-covered “TV-front” model. 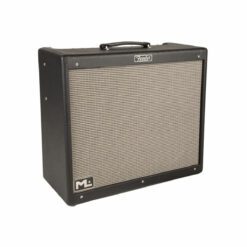 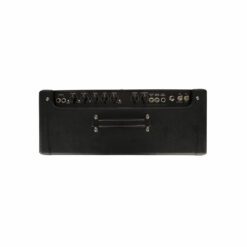 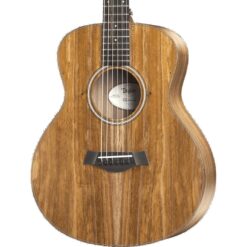