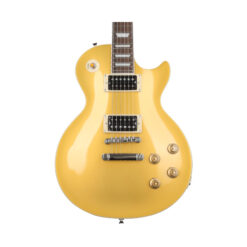 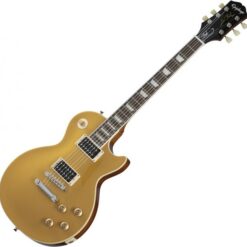 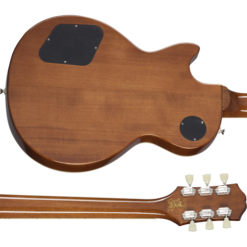 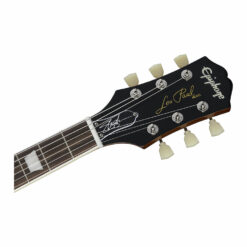 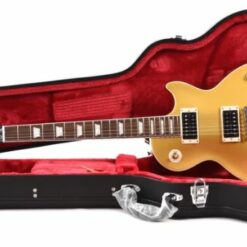 Slash’s Les Paul collection is arguably as celebrated as the Guns N’ Roses axeman himself. The Epiphone Slash Les Paul Standard is Epi’s version of one of the legendary guitarist’s favorite touring instruments. This solidbody electric guitar is a Les Paul afficionado’s dream, with enough Gibson-inspired features to fill a snakepit and a real-world price tag that’s guaranteed to put a dog-eat-dog sly smile on your face. The Slash Les Paul Standard boasts classic maple-on-mahogany construction, which includes a figured maple veneer top that’s guaranteed to turn heads. This exquisite rock machine features a comfortable Slash-custom “C”-shaped neck and an easy-playing Indian Laurel fingerboard with 22 medium-jumbo frets, along with a set of vintage-voiced Custom ProBucker pickups, high-quality wiring, and Epiphone strap locks. The Epi Slash Les Paul Standard also includes color-coordinated hardware, Slash’s “Scully” signature drawing on the back of the headstock, and a truss rod cover with a facsimile of Slash’s signature, and a custom hardshell case.

The Epi Slash Les Paul Standard conjures the vibe of the influential Gibson guitars Slash has used during his career. It includes a mahogany body, a AAA flame maple veneer top, and a super-comfortable Slash Custom “C”-shaped neck. The electronics consist of Epiphone Custom ProBucker pickups along with CTS potentiometers with Orange Drop capacitors. You also get color-coordinated hardware components, Slash’s “Scully” signature drawing on the back of the headstock, and a truss rod cover with a facsimile of Slash’s signature.

The key ingredient to the Les Paul’s early success was the PAF humbucking pickups. The first of its kind to hit the mainstream, the Patent Applied For humbuckers defined the sound of a generation with their fat tone and clear response. With the price of vintage PAFs skyrocketing, Epiphone set out to create their own PAF-style pickup. Thus, the ProBucker humbucking pickup was born. Inspired by the original PAF sound, these pickups feed your appetite with full overwound tones and incredible clarity. When you plug the Epiphone Slash Les Paul Standard into your favorite British-style amplifier, you’ll instantly recognize the top-hatted one’s signature Les Paul punch.

Slash is renowned as one of the greatest guitarists in rock ‘n’ roll history. In the waning years of the 1980s, Slash’s bluesy, scorched-earth licks brought rock guitar to its knees, forewarning big changes on the horizon. While many of his peers dominated MTV with flamboyant super axes and hyper-processed guitar tones, Slash simply plugged a Les Paul into a cranked British stack, wailed away, and left an indelible mark in music history. The Epiphone Slash Les Paul Standard culls many features from his high-end Gibson signature models, providing you with a Slash-inspired solidbody electric guitar that won’t drain your wallet. 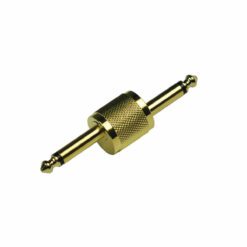 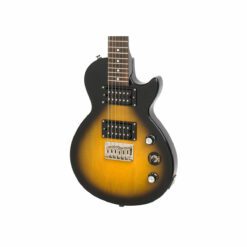 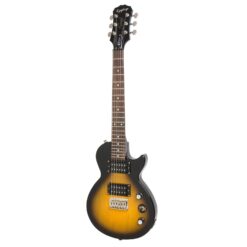 Clash of the Guitar Titans