Thomastik-Infeld (Made in Vienna)

Music strings of the highest quality – this is both the incentive and obligation of Thomastik-Infeld. Based in Vienna, we have been developing and producing strings with the vastest range of tone colors since 1919. Our progressive string developments have revolutionized the music world repeatedly. 100 years of experience, pioneering research in the field of string technology and material science as well as groundbreaking developments in mechanical engineering create tone and inspiration day after day. Whether for bowed, plucked or world music instruments – our Viennese strings impress on streets and stages all over the world and are played enthusiastically by musicians of all genres.

Thomastik-Infeld Dominant cello strings are among the brightest cello strings produced by Thomastik. Their pure, clean sound have led them to become one of the most popular sets of strings among musicians of all levels.

The brightness of the Dominant C and G strings combine perfectly with the warmer, mellow sound of the Jargar D and A strings to balance the low with high registers of an instrument. To explore Dominant/Jargar mixed sets, Click Here.

A string: Chrome over perlon 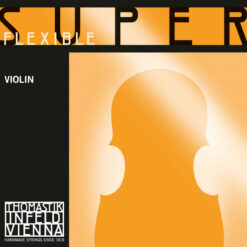 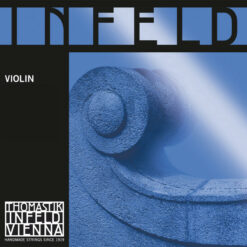